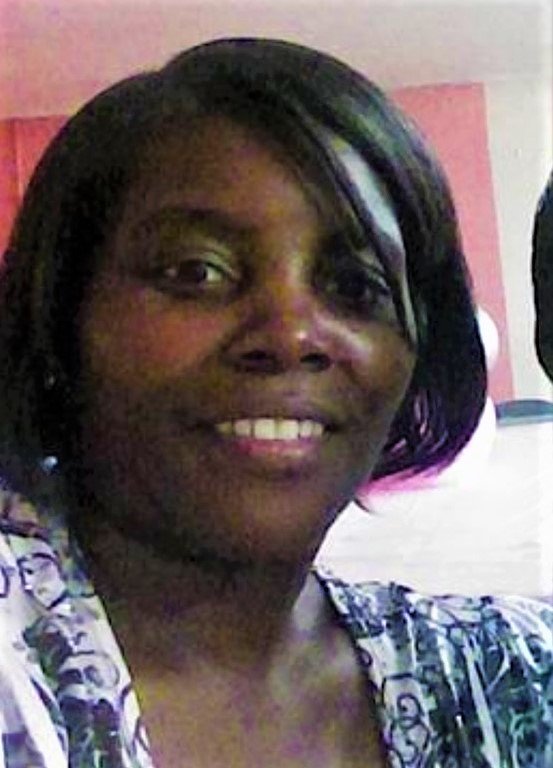 Mrs. Larissa Lorraine Harris, 52, of Alexandria, Louisiana passed away on Saturday, October 10, 2020 at Rapides Regional Medical Center. A Graveside Service has been scheduled for Saturday, October 24, 2020 at Garden of Memories Cemetery starting at 11:00 a.m. Friends and family may pay their respects on Saturday, October 24, 2020 where Mrs. Harris will Lie in repose from 9:00 a.m. until 10:30 a.m. OBITUARY “6 Humble yourselves therefore under the mighty hand of God, that he may exalt you in due time: 7 Casting all your care upon him; for he careth for you.” 1 Peter 5:6-7 KJV Larissa Lorraine Samuel-Harris was born September 19, 1968 to Toss Samuel Sr. and Ruby Lee Jackson-Samuel. She transitioned from this Earthly life on Saturday, October 10, 2020 at Rapides Regional Hospital in Alexandria, LA. Larissa accepted Christ at an early age, when she was baptized at the St. Paul Missionary Baptist Church in Alexandria, LA under the leadership of the late Pastor Joseph Humphrey Sr. Larissa later converted her membership to Mt. Calvary Baptist Church in Alexandria, LA under the leadership of Pastor Huey P. Lawson, which later became Pastor Ronnie L. Humphrey Sr. Larissa was united in Holy Matrimony to Dennis Harris Sr. on April 28, 1989. To this union two (2) children were born. Larissa was a loving Wife, Mother, Grandmother, Daughter, Sister, Aunt, and Friend. She loved to cook and was known throughout her family for making the best gravy. She enjoyed sports, and her favorite teams were the New Orleans Saints and LA Lakers. She enjoyed loving on her grandchildren. Larissa lived a life of always uplifting others in spite of many things she had going on herself. Larissa was an avid singer, and enjoyed singing with her family. Larissa leaves to cherish her memories with her husband of 31 years Dennis Harris Sr. One (1) daughter Cornelia (Ned) Williams of Dry Prong, LA. One (1) son Dennis Harris Jr. (Mahogany) of Pineville, LA. Seven (7) Grandchildren: Kenyasia Williams, Dennis Harris III, Harmoni Harris, Eden Altenburger, Dreyson Harris, Acario Dotson, and Acaria Dotson. God-daughter Kassidy (Ricardo) Brown of Pineville, LA. Mother: Ruby L. Samuel of Alexandria, LA. Three (3) sisters: Whanda (Raymond) Harris and Teresa (Trey) Martin of Alexandria, LA; and Karen (Ronnie) Humphrey of Pineville, LA. Five (5) Brothers: Larry Samuel, Mark Steven Samuel, Patrick (Dewana) Samuel, Marvin Samuel, and Brian Samuel along with a host of nieces, nephews, cousins, and friends. Preceding her in death was her Father, Toss Samuel Sr. and brothers Toss Samuel Jr. and David Samuel. A Memorial Fundraiser for Larissa has been created. In lieu of flowers, the family is requesting that donations be made to assist with memorial expenses. If you wish to donate, you may do so by clicking on the red "Donate Now" button below or you can share the Fundraiser by clicking on the Facebook link or clicking on the"Copy this Link" tab to the right of the Fundraiser. We'd like to thank you in advance as it is greatly appreciated. Please keep the Harris Family in prayer. ~Miller & Hill "The Funeral Directors"
To send flowers to the family or plant a tree in memory of Larissa Harris, 52, please visit Tribute Store
Saturday
24
October