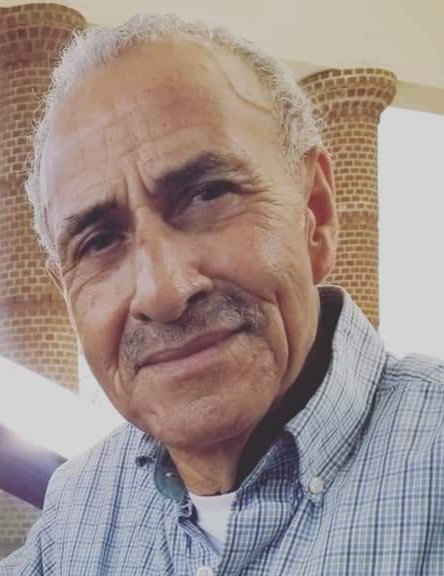 Mr. Robert Texada went home to be with the Lord on October 3, 2020. Robert “Papa” Texada, born to the late Lover “Lovie” Smith Cooper on May 14, 1940 in Bayou Rapides, Louisiana was a loving son, cherished sibling, beloved husband, devoted father, and a faithful friend. He transitioned peacefully from this earth to his eternal heavenly home on Saturday, October 3, 2020 surrounded by a host of his endearing family and loved ones. Robert loved God and accepted Christ at an early age. He was baptized by the late Reverend Dr. G.C. Jacobs Sr. at Second Evening Star Baptist Church where he enjoyed many years of membership and served as a deacon on the board. He later transitioned his membership to The Word Christian Center of Alexandria, LA. under the leadership of his son and Pastor, Robert “Greg” Texada. Robert Texada received his education through the Rapides Parish School System and attended Peabody High School in Alexandria, LA. His compassionate devotion to his Mother and strong desire to support the family led him to transition from his senior year directly into the workforce. During this time Robert met and married Dorothy Williams of Boyce, Louisiana on March 19, 1960. To this union was born eight children, six boys and two girls. Robert was known for his wisdom, resourcefulness, and incredible work ethic. Over the course of forty-seven years, he enjoyed a vast array of industrious job opportunities. He was favored among men and known for his integrous actions and willingness to work in excellence to provide for his loving wife and active children. He embraced a new season of life when he retired from Havertys Furniture in the year of 1997. Robert, affectionately known as “Papa” had a passionate love for his family and his influence touched numerous lives in his community and beyond. His legacy includes 22 grandchildren and 16 great grandchildren. He had a reputation for being tough and tender, always willing to fight for what was right, full of integrity, speaking truth and light to every situation. He was very passionate and supportive of his children and grandchildren, attending sporting events, traveling to visit, making birthday calls, and empowering and encouraging the greatness that lied within each of them. No matter how large the family grew, “Papa” made each and everyone feel special. The material loves of his life were his white Jeep, big screen tv, his manicured yard, and a cold Pepsi. He was a man of excellence, well organized, who loved to laugh, was loyal and fiercely protective of his family. Papa loved to counsel, encourage, and share wisdom with those whom he cared for and there are countless stories being shared all over the country about the legacy he has left on this Earth. Robert Texada was preceded in death by his mother, Lover Smith Copper and his brother, Charles Smith. He leaves to cherish his amazing spirit and carry the most precious of memories his wife of 60 years, Dorothy Texada of Boyce, LA., his sons Robert Gregory Texada (Celeste) of Alexandria, LA., Rodney Craig Texada Sr. (Connie) of Boyce, LA., Ricky Anthony Texada (Cyd) of Colleyville, TX., Ranthony Keith Texada Sr. (Nerissa) of Frisco, TX., Reggie Texada (Tia) of Frisco, TX., Reginald Duane Texada (Natasha) of Boyce, LA., and two daughters, Jaqueline Texada Jackson (Joe) of Goldsboro, N.C., and Tammie Texada Williams (Stephen) of League City, TX. Siblings; Maggie Brown, Susie Cooper Smith (Curtis), James Cooper (Ruby), Ray Cooper, God Children; Angela Williams, Russell Gray; A special cousin; Tracie Texada; a host of nieces, nephews, relatives, and friends. Please keep the Texada family in prayer. ~Miller and Hill The Funeral Directors~
To send flowers to the family or plant a tree in memory of Robert Texada, 80, please visit Tribute Store
Thursday
8
October

He Shall Rest In